If Koncept 45.0 was a human being, this being, as we previously saw, would be passionately in love with design, artistic-minded, intellectually superior. We know what kind of clothes this person would wear, what music it would listen, what parties it would go to. In short, we know what it would love. But, as Koncept 45.0 always likes to dig a little dipper-  we started thinking about how would this being feel intimately, what kind of personal evolution and revolution would it go through in order to build its best „self“, how would it see the world around it and how would the world perceive it?

Let’s say that it is a she, and that she has just stepped into the world of adults, that she is unique, extraordinary, a big fighter, sophisticated, modern, and yet, very fragile. Let’s say that her job is to emit this personal uniqueness through her outer beauty- let’s say that she is a model. No doubt, a world-class successful model. Through her modelling job, she would wear a different mask every day. By soaking in the creativity and the ideas of a team that she works with, she would transform into their mirror, into an embodiment of their ideas. Through the masks created through these ideas, her beauty would be realised, but in this process she would never lose herself. Always staying true to herself and her spirit, and fond of her authenticity, she would glow with the brightest light and her “wings” would become a palette of the prettiest rainbow colours. While staying fully alert of what is happening at the set, a part of her conscience would simply drift away into another place. A place that inspires her, a feeling that drives her, a person that she loves. And this would make her so special.

Making yogurt moustaches as a child, to look like Cindy Crawford on the Milk campaign, this human embodiment of Koncept 45.0 would relentlessly be working her way towards becoming the world’s next top model from the age of 14. After years and years of rejections and discouraging answers she would still not give up. She would never give up on it as she would knew that it would mean that she gave up on herself. If she would push this dream aside, she would stay forever unhappy and unfulfilled. At last, one day, her dream would become a reality, she would sign a contract with a huge modelling agency and her life would be changed from the ground up. This change, before all else, would be an inner change- she would finally free herself from all the insecurities and would gain a self-confidence much bigger than the one she had in high school when all the boys called her a monkey because of her thick eyebrows, or a giraffe because she was very tall.

Standing in front of the camera and being simultaneously the mirror of what she sees and the reflection of her traveling thoughts, this girl from our imagination would beam a very special energy, an out-of-this-world sensibility that would make her very one-of-a-kind. This uniqueness, she’d feel intimately, goes together with a certain displacement from the environment and, as a result, a feeling of loneliness. Through time, she would learn how to turn this intimate inner loneliness into an independence. Through a personal evolution and a desire for accomplishment, she would transform her uniqueness into a magnificent strength wort of admiration.

If you could imagine Koncept 45.0 as a person, this is what she would be like. Trust us, it’s totally true, because we actually found this person in real life. Her name is MIJO. 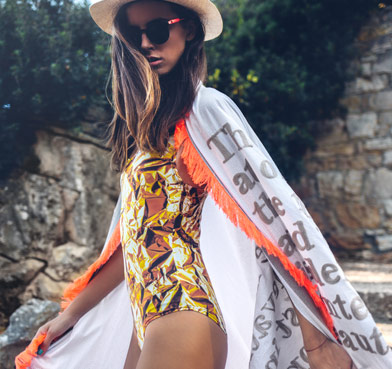 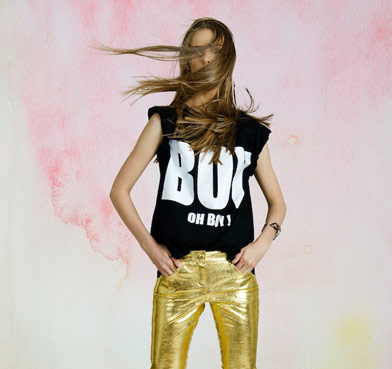